Three collections come under the hammer in Vienna 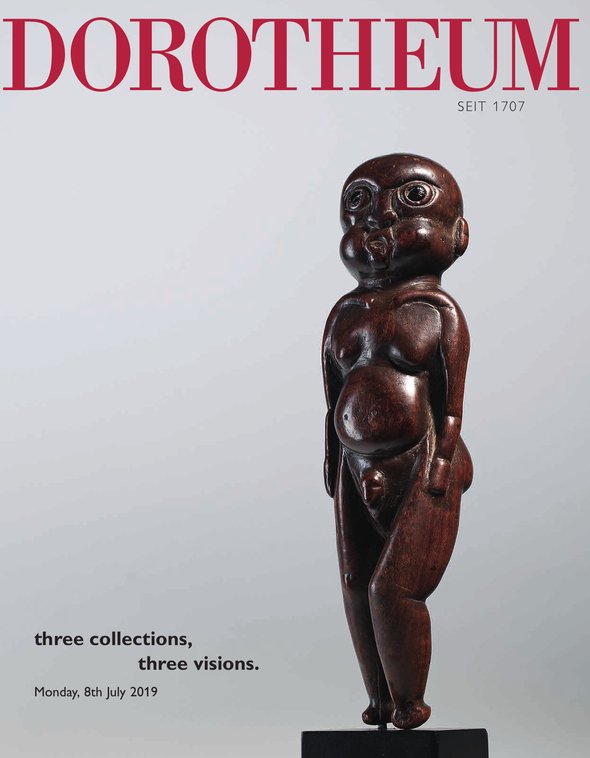 Jan Joris Visser, in house tribal art specialist, has brought together three collections of 87 lots to be auctioned on 8 July at Dorotheum in Vienna. These objects, originating from Africa, Asia and Oceania, and numerous pieces from Indonesia and Papua New Guinea, herald from the collections of Benno Mattel, Carlo Monzino and Willem Visser.

The latter is not related to the auction house specialist, he was the very first white doctor sent by the Dutch government to the Asmat region of Papua, where his health missions to the most remote tribes and villages earned him several hundred “gifts”. This unique collection was loaned to the Royal Ethnographic Museum (now the Museum of Ethnology) in Leiden, the Netherlands, and has not been exhibited for 70 years.

“Benno Mattel was a very secret collector, of whom we know little, with the exception of his collection, which today belongs for the most part to national museums in Uruguay [in particular the MAAM, Museo de Arte Americano de Maldonado, editor’s note],” says Visser.

Carlo Monzino is, on the contrary, an internationally renowned flamboyant collector, who began with the purchase of Jacob Epstein’s collection in 1963. “The estimates of most of the pieces (masks, statuary, shields, arrows, daggers, pendants, nose bones…) do not exceed a few hundred or thousand euros. Some of the most rare pieces that should bring substantial sums are a 19th century Dan mask, a great ancestral figure of Asmat, a Bembe figurine (Congo) and a Moai statuette from Easter Island, produced between the 17th and 19th centuries.

“I feel like a short-term collector,” admits Jan Joris Visser. Each object becomes a little bit like mine and, when I make the catalogue, I end up appreciating them all.”