New auction coming up at Native on 5 October 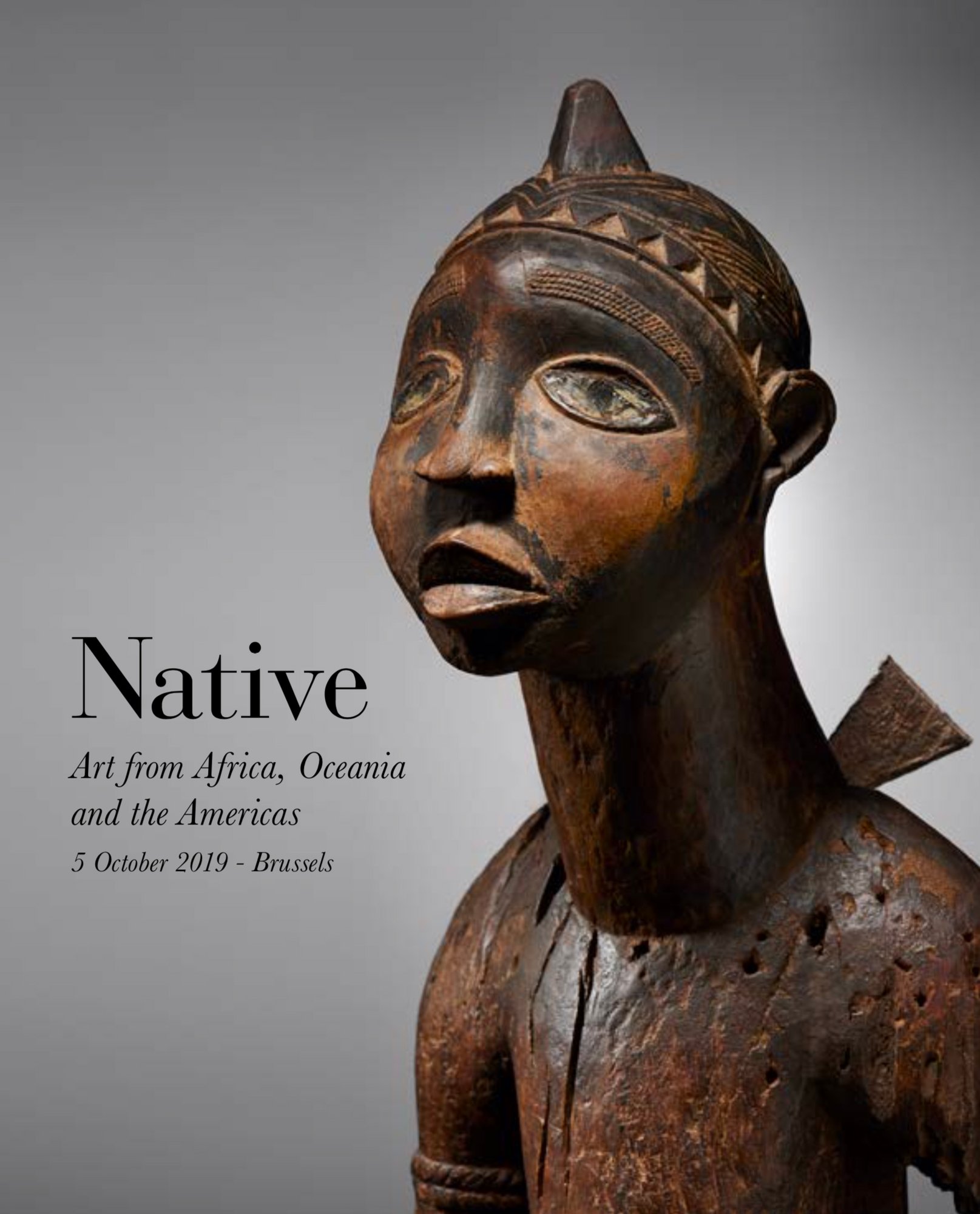 Opened in 2011, at 5 rue Ruysbroeck, in the Sablon district of Brussels, by two former collaborators of the German company Lempertz, on 5 October at 6 pm the Native gallery and auction house organises its fourth auction session of the year (the second one to have been catalogued) dedicated to the arts of Africa, Oceania and the Americas.

Brought together from several private collections, 102 lots will be offered, including a Songye bust in horn, pins in brass, metal and various other materials, which, since the 1970s, has passed through the Pierre Dartevelle and Philippe Guimiot galleries, before its acquisition by a Belgian amateur, whose heirs wished to remain anonymous. This piece, estimated between 20,000 and 30,000 euros, could be part of a group of four sculptures with the same stylistic characteristics of the Second Tradition, according to François Neyt, author of the book Songye : Redoutable statuaire Songye d’Afrique centrale and specialist of the culture of Bantu people living in the south-east of the Democratic Republic of Congo. 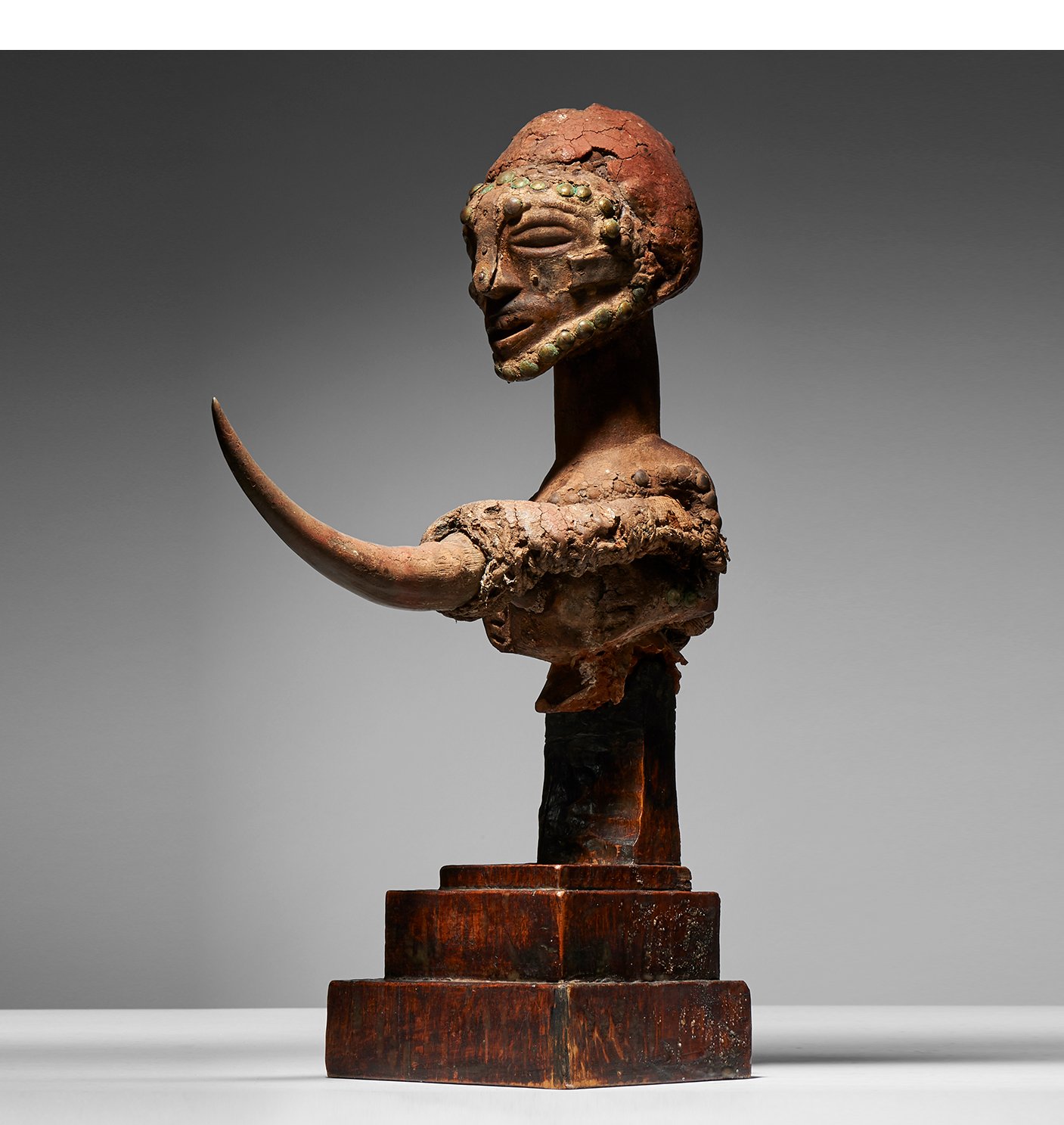 A 78 cm high wooden Mangaaka figure (lot 59), acquired by ethnologist Jean-Pierre Hallet during a stay in the DRC in the 1950s, is also one of the major items of this auction. Estimated between 80,000 and 120,000 euros, it was probably carved, as the Nkisi n'kondi tradition requires, in collaboration with a specialist of the rites (Nganga) of the Kongo people to unite magical and land forces against foreign invaders. 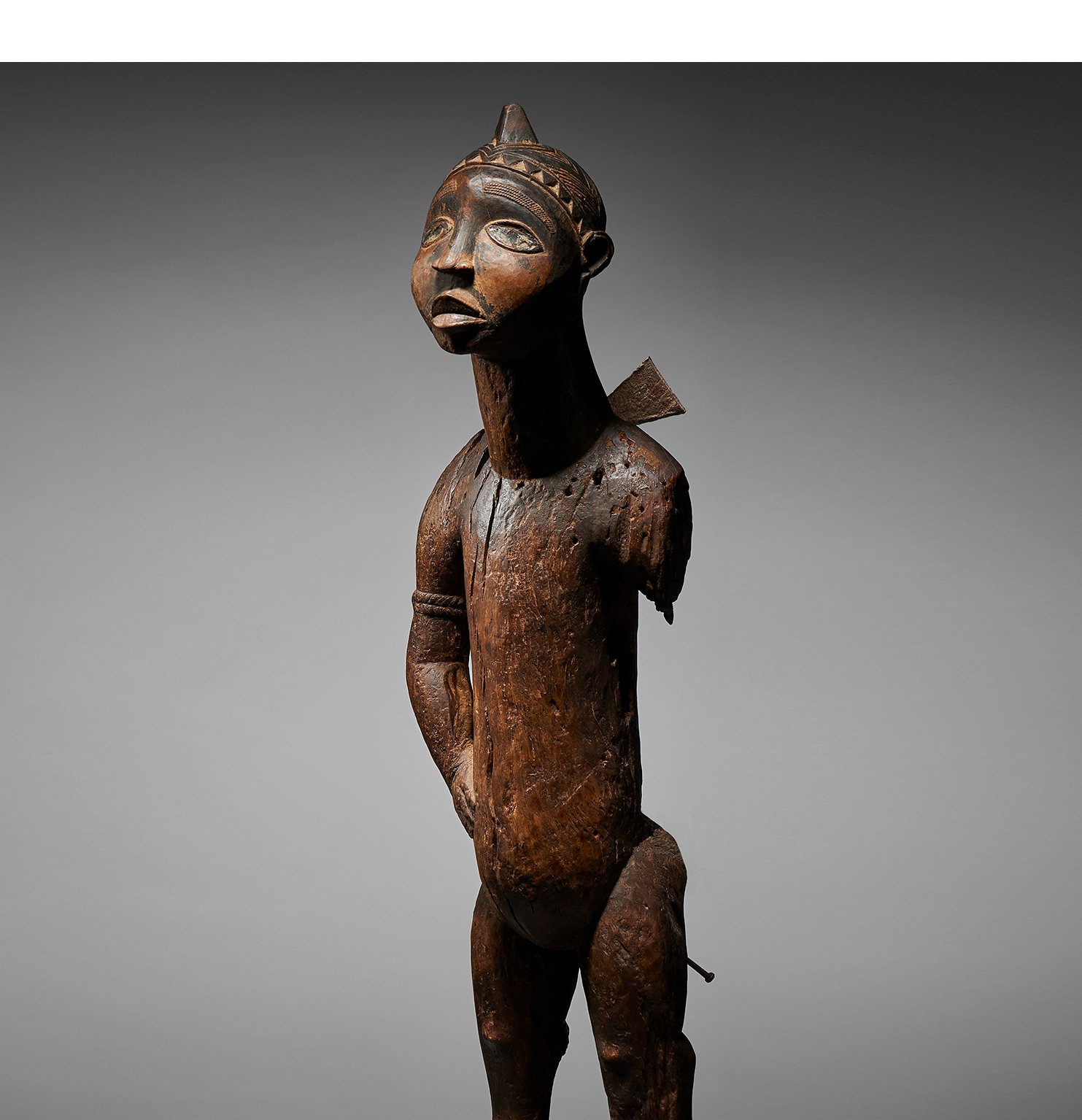 Several large masks and statuettes of the Yupik and Kwakiutl peoples of North America are also on sale during the 5 October session, which also features Luciano Lanfranchi’s collection of Sapi stone figurines, now privately owned in Belgium. Originally from Sierra Leone and the neighbouring regions of Guinea and Liberia, these statuettes shed original light on this little-known African civilisation. Dated using carbon 14, some sculptures attest to his artistic activity as early as the 10th century. “Most of the African art objects on the market date back to the 19th or 20th century, but some of the pieces we are displaying date back to the 15th or 16th century,” says Nicolas Paszukiewicz, one of Native’s founders. The most beautiful piece of the former Lanfranchi collection for sale in Brussels is undoubtedly a 54 cm high wooden and metal figure Kissi (Guinea, lot 84), probably used for the worship of an ancestor (pomdo). It is estimated at between 10,000 and 15,000 euros. 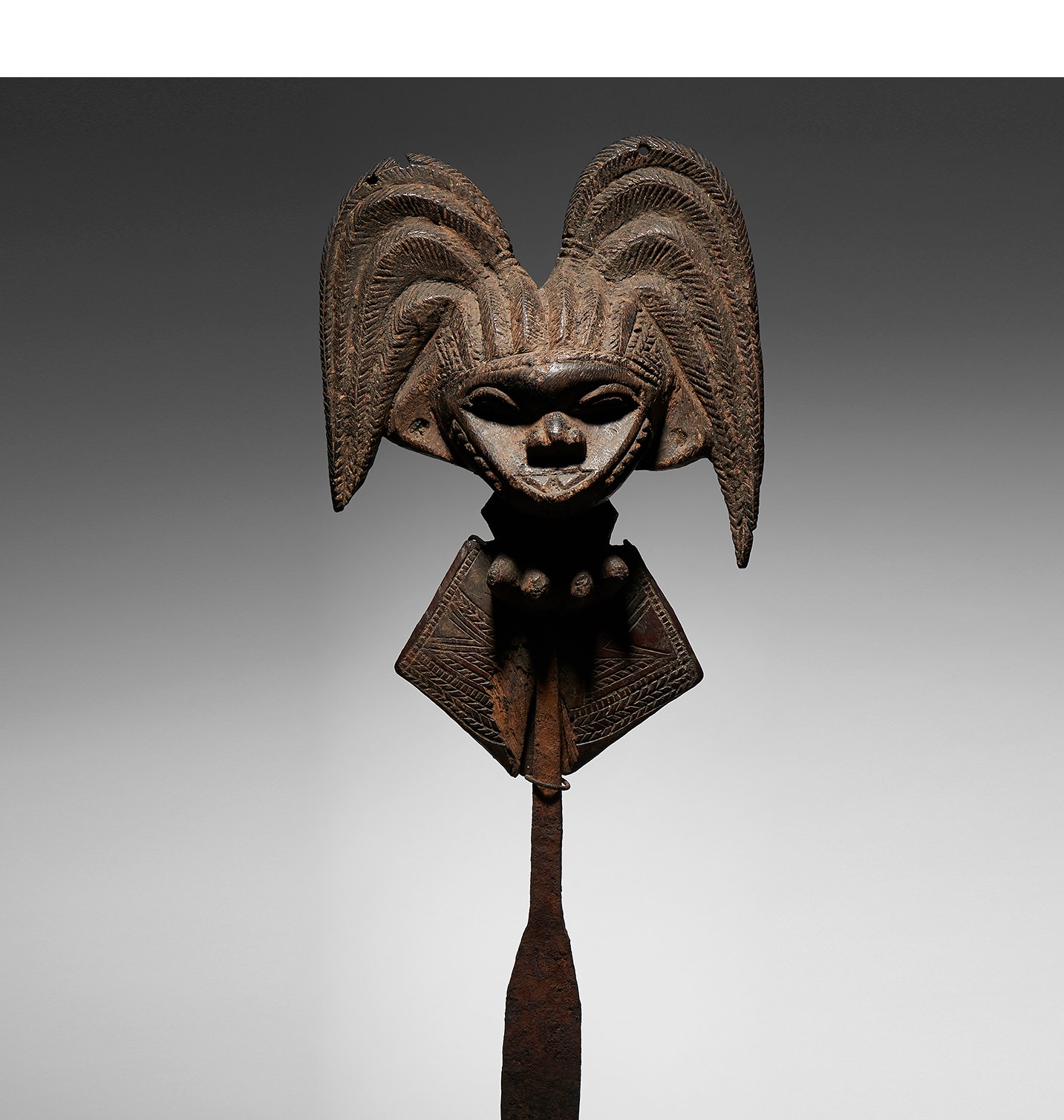 All lots are on display from 1 to 4 October, from 11 am to 6 pm, and on 5 October, from 11 am to 3 pm at rue Ruysbroeck. Last January, the Brussels brand managed by Nicolas Paszukiewicz and Sébastien Hauwaert made the headlines by organising the auction of parts of the collection of the German art historian and collector Helmut Zake, reinforcing its status as the top specialised auction house.