A head-spinning sale at Bonhams 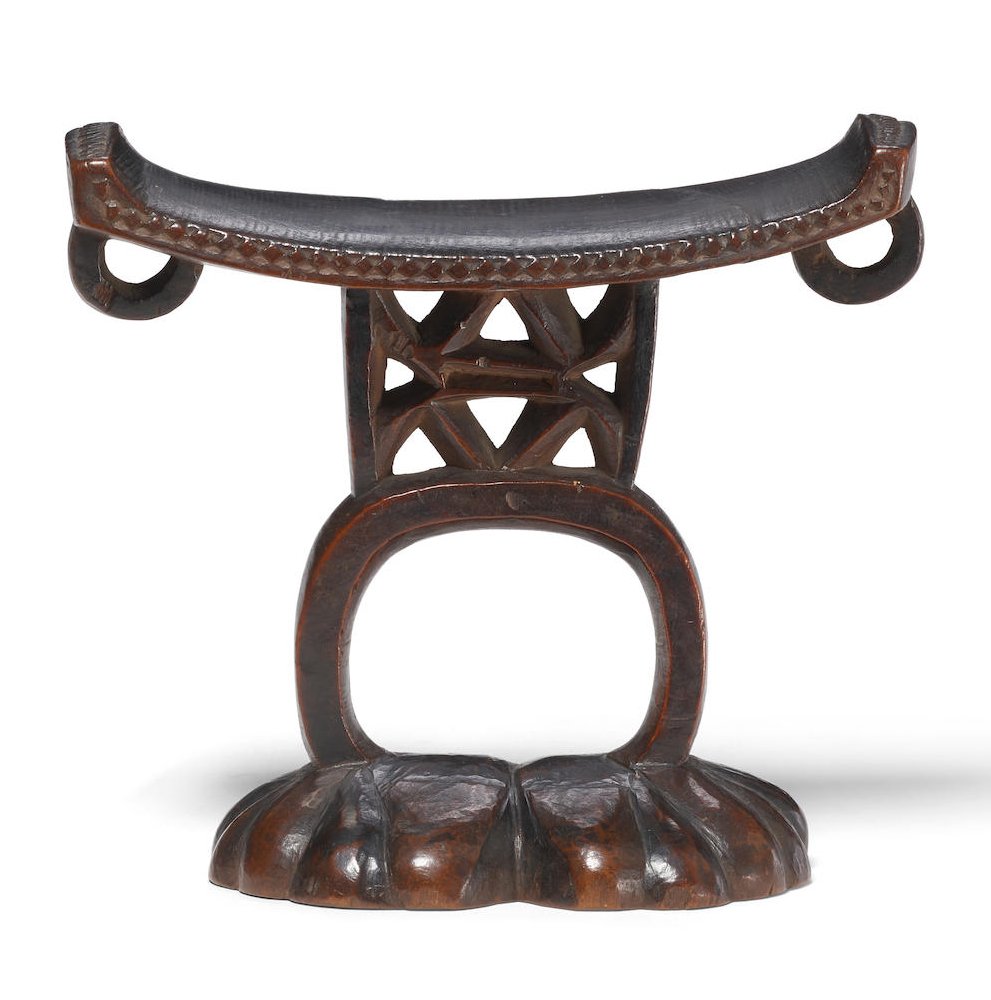 It is simply the most beautiful collection of ethnic headrests in the world. On 11 November 11, Bonhams is about to put on sale in New York the famous Graham Beck collection. In 2005, the South African businessman and philanthropist acquired this unique set of African and Oceania headrests from Jonathan Lowen, a South African-born lawyer who lived in London.

Absolutely passionate about these artifacts, which are rather discreet in private collections, he had built up a unique collection over the years, notably with works from South Africa and Zimbabwe. “Jonathan Lowen started collecting headrests in the late 1960s when he arrived in London, but was homesick,” explains Fred Backlar, the sales expert who met the collector a few years ago. “The majority of his collection was sold to the Johannesburg Art Gallery in the 1980s. After that, Lowen resumed and refined his collecting.” Under the impetus of South African artist and curator Karel Nel, Graham Beck bought from him his entire collection with the intention of creating a museum dedicated to these type of objects on his property at Steenberg Vineyards in Cape Town. Unfortunately, he died of cancer in 2010 before being able to complete this project.

Zulu, Tsonga, Shona... the 102 lots of the sale illustrate by their stylistic variety the virtuoso know-how of master sculptors from South Africa, but also Oceania. Whether used in everyday life or for ritual purposes, these headrests celebrate the wealth, but also the marital or social status of their owner. In addition to their utilitarian functions, these headrests also made it possible to connect with the ancestors. 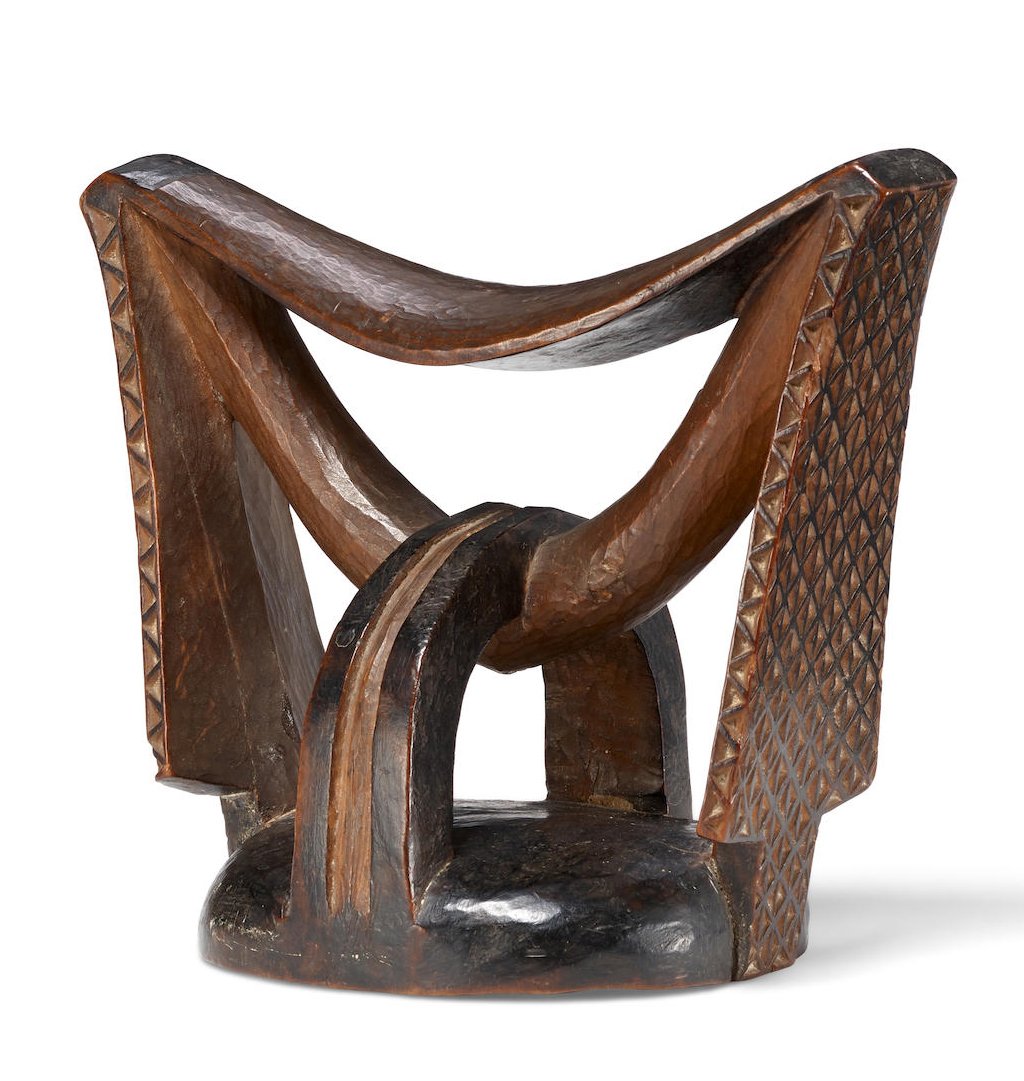 Commissioned by Bonhams in 2009 to set up their Department of African, Oceanic & Pre-Columbian Art, Fred Backlar chose a Tsonga headrest as the cover lot of the catalogue, but admits that he had great difficulty choosing among the masterpieces in the collection. “I chose this object (lot 56) as an ‘iconic’ depiction of the sale because it resonates with me – the artist’s equilibrium, age, patina, shape, technique and creativity. This object simply has a soul that speaks to me, as great works should do.” 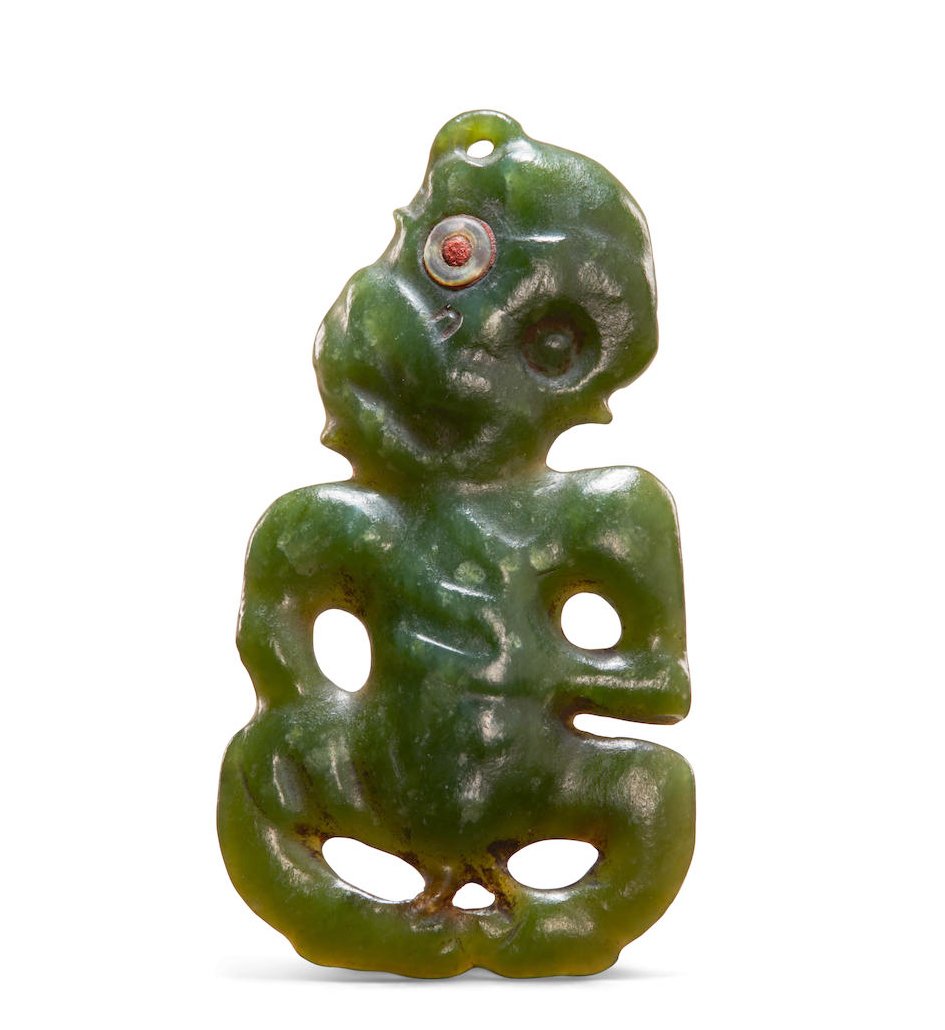 Following this session, Bonhams will present a selection of African, Oceanic and Pre-Columbian art, as well as works from the Richard Kelton collection, founder of the Kelton Foundation, an NGO dedicated to sea and ethnographic exploration. In all, the sale will bring together 120 lots from sub-Saharan Africa, Polynesia, Micronesia, Melanesia, Australia, Indonesia and Central and Latin America. It includes a Songye figure from the Democratic Republic of Congo estimated at between $40,000 and $60,000 or a Biwat mask from the Lower Sepik in Papua New Guinea ($30,000 to $50,000). The sale highlight: a rare and ancient Hei Tiki Maori pendant from New Zealand, dated from the 17th century, valued between $200,000 and $300,000.