Michael Hamson, invitation to the voyage 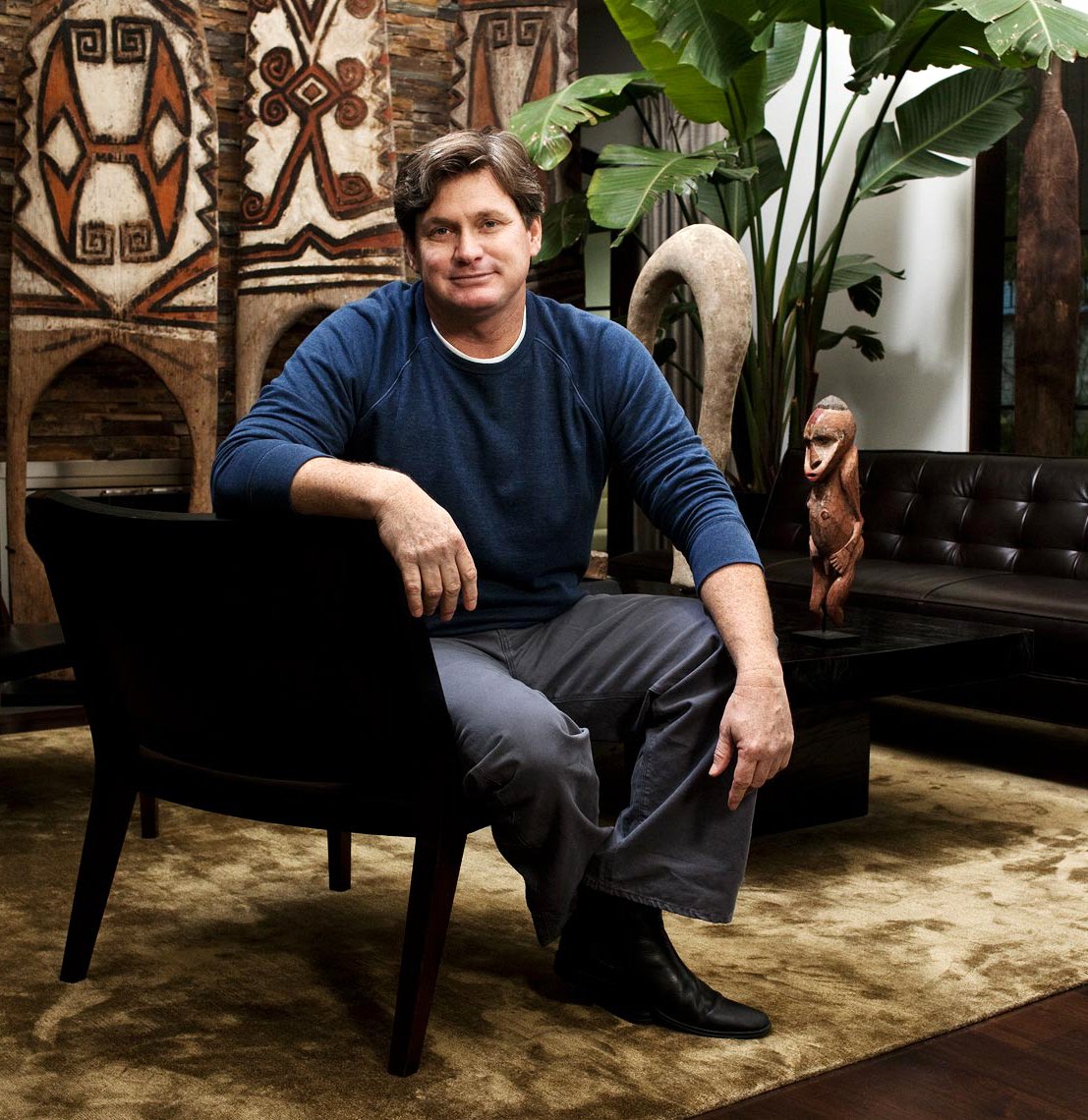 He combines the passion of a collector with the rigour of an ethnologist. For over twenty years, American art dealer Michael Hamson has been celebrating the creativity of traditional arts from the South Pacific.

From New Guinea to the Solomon Islands, hundreds of museum-quality works have passed through his hands. And yet he himself admits that tribal-art dealing was not an obvious path for him to follow.

At the end of the 1980s, this former marine officer, who enjoyed searching for good surfing waves in his spare time, would take advantage of his long months on land to travel – first to West Africa, where he discovered tribal art, and then to Papua New Guinea. It was in the latter that he met a biologist who was carrying out research in isolated villages around Maprik, the centre of Abelam culture. The encounter was a revelation. “During my first trip, I discovered New Ireland and I travelled along the Sepik River. Of course I didn’t stumble upon antiquities straight away, but the objects that I did find, while not necessarily ancient or exquisitely made, had the quality of being authentic. The flame that was kindled in me grew into a blaze.” So he set himself the mission of walking for weeks to reach villages where no field collector had ever set foot. Amongst his first findings, an ancient mask from Vokeo Island – whose value he would only gauge later – prompted him to devote himself exclusively to his new passion. “I’ve followed several career paths in my life: I was a marine officer, I went through a cooking school in Paris, I studied journalism in San Pedro, and even therapeutic massage in San Diego. But through Oceanic art I found my passion and my place in this world.”

So he decided to pick up the appropriate academic baggage. While anthropology might seem a natural choice, he finally decided to turn to art history. All the while pursuing his field collections in New Guinea, Michael Hamson followed studies in African and Oceanic art at the University of California, Santa Barbara, under the supervision of Herbert Cole. In 1998, he graduated with a Master’s specialising in Abelam culture.

“At the time, I knew absolutely nothing about the art market. I made my debut the following year when I took part, for the first time, in the San Francisco Tribal Art Show. I then became aware that I had beautiful objects, but no idea of their value.” To get up to speed, he got acquainted with the world of auction houses, he visited art fairs, and he began to sell to reputed dealers. “Some of my clients started their Oceanic art collections with me. Today, they have become friends who still follow what I do.” These days, Michael Hamson’s expertise is based not only on his field knowledge but also his understanding of the market, focusing solely on South Pacific arts, even if his personal tastes also steer him towards modern art. “I have never thought of myself as an aesthete with an eye capable of transcending my area of interest. This is why I stay true to what I know, and why I haven’t ventured into African or Indonesian art, for example.” 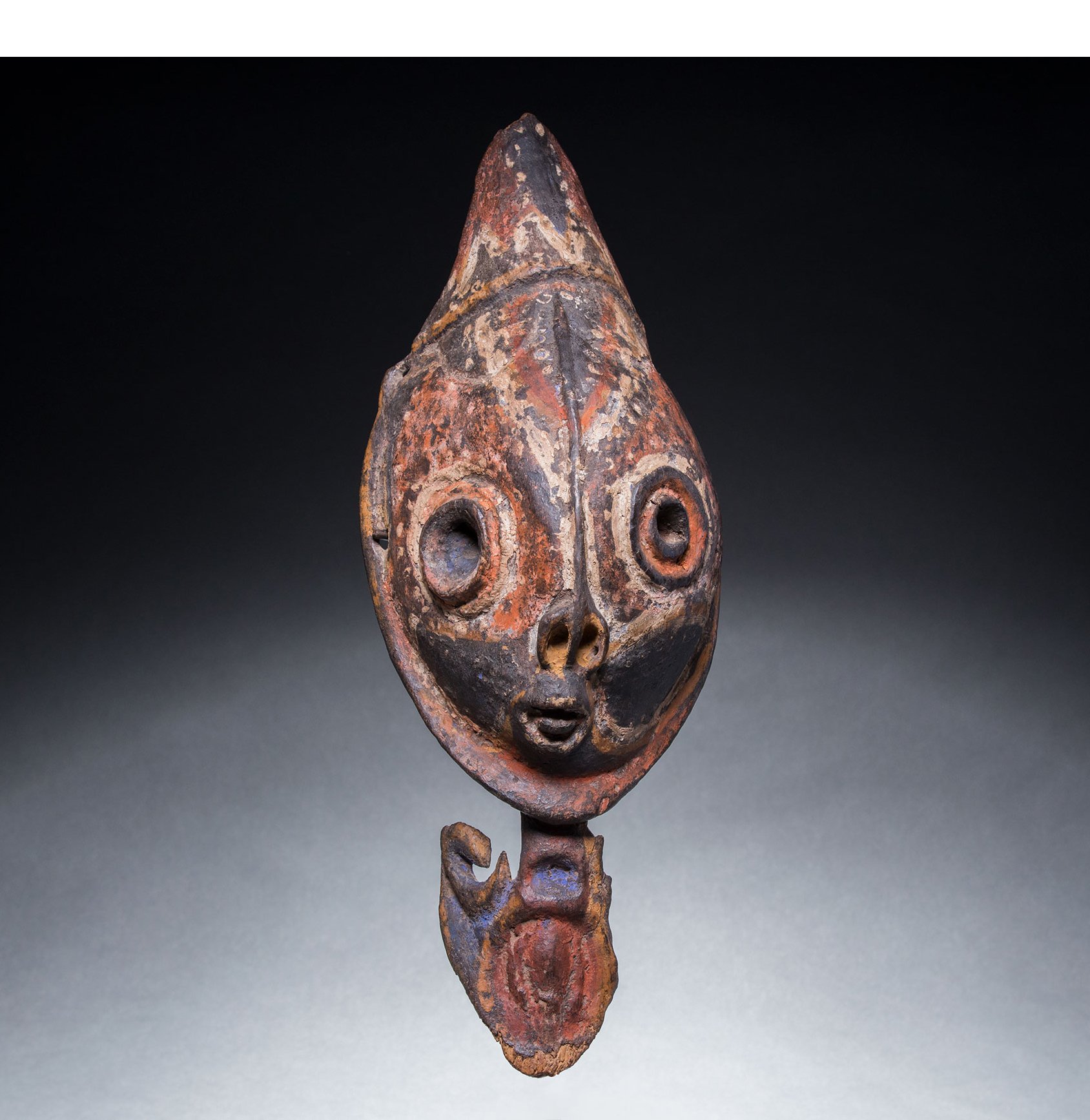 Having set aside his field collecting, Michael Hamson now concentrates on exceptional pieces, previously unseen on the market and still in the hands of private individuals, while also working on a number of long-term projects: Oceanic art exhibitions and “substantial” publications. A multi-hatted activity whose economic model suits him to a tee. “It allows me to make fine acquisitions as a collector, to carry out research and produce publications like an academic, and when possible, to make a profit as a dealer.”

From 21 to 23 February, Michael Hamson will be taking part in the San Francisco Tribal & Textile Art Show 2020. Among the pieces presented, a Malangan frieze from New Ireland collected 1907-1914 by Paul Barschdorff, a German colonial school headmaster and government newspaper publisher based in Rabaul prior to WWI.

Lastly, he is busily preparing for his exhibition at the Parcours des Mondes in Paris this September where the theme will be "Pre-contact". 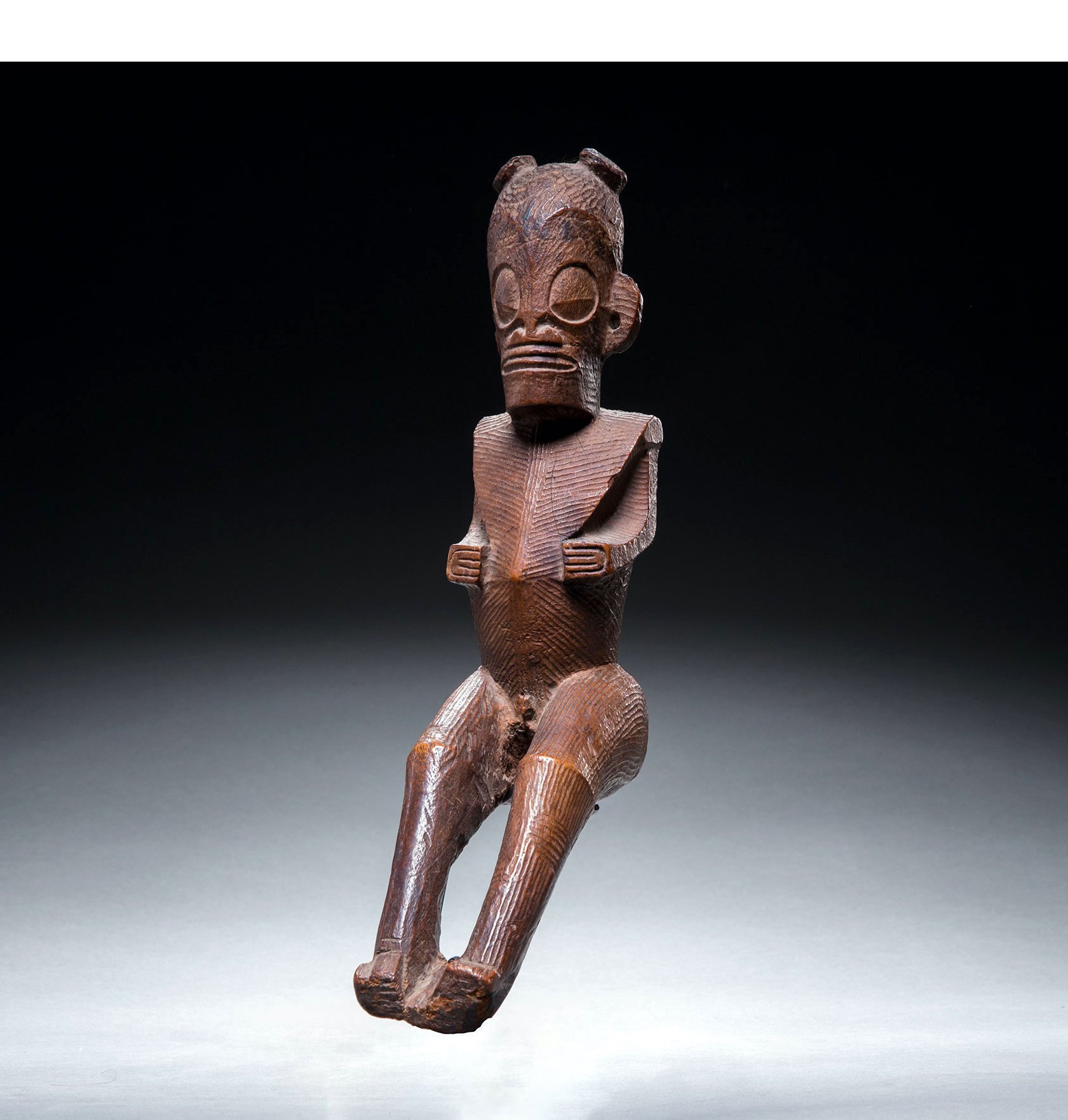